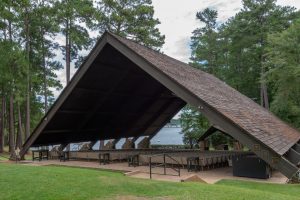 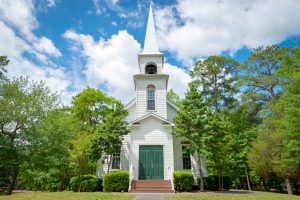 Church in the Pines & Children’s Chapel

200 Kowaliga Marina Road, Eclectic AL - Church services will take place at Church in the Pines during warmer months and Children's Chapel during cooler months. *During the summer months, there is an area for boats to pull up to join the service.

200 Kowaliga Marina Road, Eclectic AL - Church services will take place at Church in the Pines during warmer months and Children's Chapel during cooler months. *During the summer months, there is an area for boats to pull up to join the service.

“The Children’s Harbor ministries are amazing to me. The opportunity to become
a part of this organization which serves so many in so many ways is truly humbling.”
– Mike Densmore

Our Chaplain is Mike Densmore, a retired Methodist pastor with over 40 years in pastoral ministry. Mike is available for pastoral care in our Chapel and Church in the Pines community and for chaplain services with our Camp partners as needed. May we all be in faithful prayer for the healing ministries of Children’s Harbor.

“The Children’s Harbor ministries are amazing to me. The opportunity to become
a part of this organization which serves so many in so many ways is truly humbling.”
– Mike Densmore

*Guest speakers and singers are subject to change upon availability.

When you choose to tithe at Church in the Pines or Children’s Chapel, you can:

Unfortunately, the “text to give” service is no longer available.

You can also support Children’s Harbor through tribute gifts! With a donation of $10 or more, we will send a card to a person you designate honoring a special occasion, honoring a special person, or in memory of their loved one. No mention of the gift amount is made. To get started, click here and check the box to “Make this gift a tribute”.

Follow @childrensharbor and request to join the “Church in the Pines and Children’s Chapel” private group to stay in the loop.

Our little Church in the Pines began in 1953, under a small, pine straw covered arbor, on the shoreline (750 mi) of a yet undiscovered and rather new Lake Martin in Alexander City, AL. Julia Russell organized and convened the first service with the help of the reverend Duncan Hunter. Church in the Pines became, pretty much, a certainty; a guarantee, none-the-less, of remaining “down at the lake” all day on Sunday. The services, with time, took on a non-denominational and ever more sophisticated format. The most unique aspect of this little church was, however, the fact that many of the congregation arrived in a rather motley collection of boats.

In the early days the property was owned by “Russell Mills” and in 1956 they constructed a large, open, a-frame building to replace the pine straw covered arbor that was the original in the mid-70’s Russell Lands, Inc. took over responsibility for the property. the church was then renovated, and permanent benches were installed. In 1987 Mrs. Julia asked Mrs. Luanne Russell to begin coordinating the services – which she did for many years thereafter and continues, to this day, to advise management in regard thereto.

In 1963, friends of the Dunn family contributed the altar structure as a memorial to William Ransom Johnson Dunn, III – and to “all who love the lake.” Russell Lands donated the entire property to Children’s Harbor Inc., in 1989; subsequently, same was dedicated to the memory of Adelia McConnell Russell.  In 1990, Children’s Harbor Inc., put on the mantle of responsibility, now providing year-round services, either in the Church in the Pines or in the Children’s Chapel.

Church in the Pines is one of the most unique worship services in this country and it is deeply embedded in the hearts of hundreds (for over 65 years now) and reverently remembered by thousands. Innumerable couples have been married in the two facilities, as well.

Thank you to everyone who has contributed to this ministry of Children’s Harbor,
— Ben Russell

How Can You Help?

The assistance Children’s Harbor receives from generous donors and active volunteers is central to carrying out our mission. Learn more about how you can get involved and make a difference.